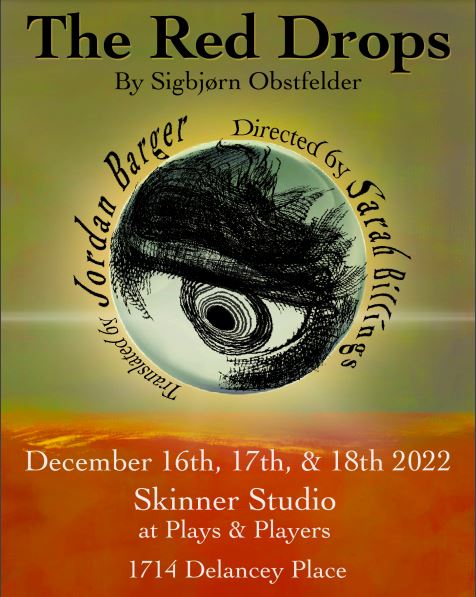 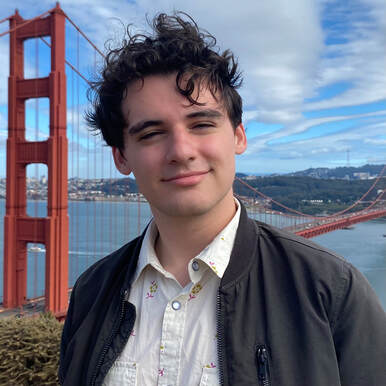 Sean Begane (Odd Berg) is a Philadelphia based director and actor who is excited to appear in The Red Drops, his first Sewer Rats production. This past fall, Sean directed Dead Man’s Cell Phone for the Players Club of Swarthmore’s (PCS) Second Stage, the avant-garde series of the company. His previous directing credits include the PCS Second Stage production of Girl in the Machine, iNtuitons Experimental Theatre’s productions of Pomona and I Am a Ghost, and Front Row Theatre’s production of The Nether. Sean has also appeared in the PCS production of Three Tall Women, and while in college featured in the roles of Marcus in Yellow Face and Berenger in Rhinoceros.
Sean is a graduate of the University of Pennsylvania. 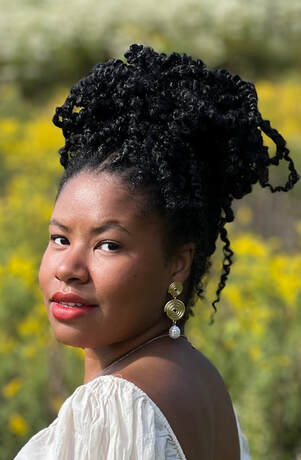 Cameron Bridgers (Lili, Borghild) is a dance artist based in Philadelphia PA, by way of West Orange, NJ. She began her dance journey at Sharron Miller’s Performing Arts Academy in Montclair, NJ and is trained in Ballet, Modern, styles of the African Diaspora and improvisation. Cameron is a graduate of Temple University, Boyer College of Music and Dance, holding a Bachelor of Fine Arts in Dance. While at Temple Cameron performed in numerous student based concerts, and has trained and worked with artists such as Kyle “Just Sole”Clarke, Esther Baker Tarpaga, Megan Bridge(Fidget), Jillian Harris, Kun Yang Lin, and more. This will be her first appearance with "Sewer Rats Productions,” and her Philadelphia acting debut. She looks forward to bringing this intricate and thought provoking story to life. 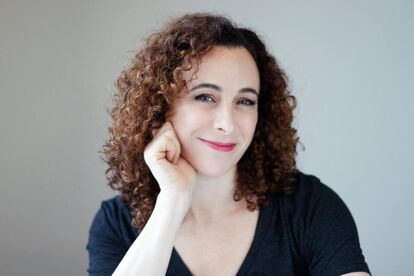 Deborah Glassman (Apothecary Berg, Lady with the Roses): Deb is thrilled to be working with Sewer Rats Productions again. She was last seen in their production of Edmonton. Deb has trained at HB studio and with Karen Kohlhass. In addition to acting, Deb is a physician and yoga teacher. She would like to thank her family and friends for their truly generous support and love. 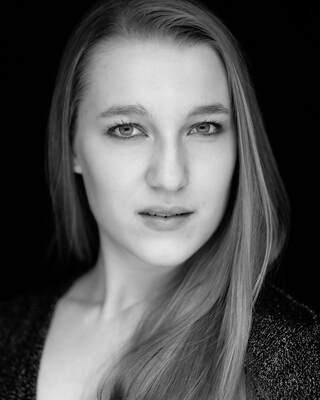 Kate Nicole Hoffman (Borghild, Lili) received a BA from the Crane School of Music, where she studied Vocal Performance.  She is now pursuing a PhD in Philosophy at the University of Pennsylvania, working mainly in environmental ethics and animal cognition.  Past favorite roles include Lily (The Secret Garden), Mae (The Wild Party), and Daughter (Quilters).  Kate Nicole never expected to have the opportunity to play the body of one character and the voice of another, and she has loved the experience and challenge!  Love to Sarah and the rest of the cast.
​ 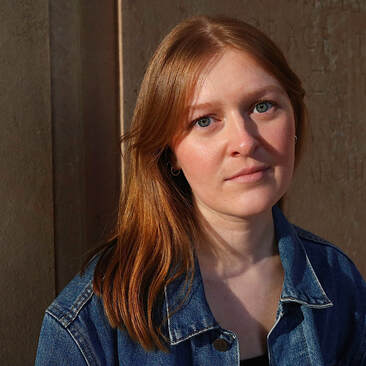 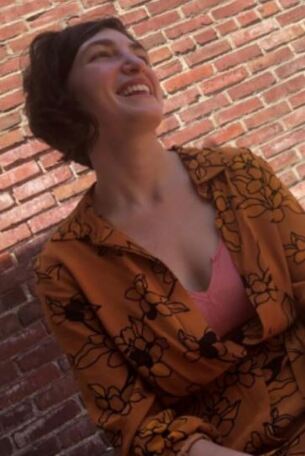 Mia Donata Rocchio (she/they) (Mrs. Hansen, Daniel, Little Girl) is a multi-disciplinary storyteller, theatre artist, and arts  educator. Mia has collaboratively created several theatrical pieces throughout Philadelphia,  including, Grounds that Shout, curated by Reggie Wilson and his dance company Fist and Heel,  Heat Wave, directed and produced by Jillian Jetton, and The Edge, produced by Almanac Dance  Circus Theatre. Mia has been involved in several commissioned performances with various  organizations throughout Philly including, The PMA, The Please Touch Museum, The  Philadelphia Flower Show, Young Audiences of New Jersey, and more. Mia has also co-created  several devised full length theatre performances including, Somewhere Between God and  Mammy, produced and performed by Sabriaya Shipley, Barbiturates and Ice Cream, produced  and performed by Jillian Jetton, in residency with Leah Stein Dance Company, Life House,  produced by Think Tank Theatre Company, and others. Mia’s recent endeavors include: An  APLI Fellowship through Young Audiences of New Jersey, an immersive art installation called,  The Resistance Gardens project with The Painted Bride Art Center, and a certificate in  Foundations of Somatic Abolitionism through Education for Racial Equity. https://www.miadonatarocchio.com/

Rafael Schneider (he/him/his) (Odd Berg, Dr. Otto) is an actor, educator, musician, activist, rabble-rouser, and clown from Philadelphia. Notable credits include Edmonton (John Carter), also with Sewer Rats Productions, and Twelfth Night (Antonio) and As You Like It (Touchstone), both with Indecorous Theatre Productions. Thanks to everyone for their incredible work and to Professor Sun-Kyu Kim, who asked for a shout-out in his Oscar acceptance speech
Sarah Billings (Director) is a writer, theatre artist, and educator. She is the associate artistic director of Sewer Rats Productions, co-founder and poetry editor of Worthy Tales Magazine, and a core teaching artist with Yes! And... Collaborative Arts. She studied theatre and playwriting at Barnard College and devised theatre at Bard College Berlin, and now works with a focus on new or rarely staged works. Earlier this year, she directed the new play Edmonton by Matthew DeCostanza, also in collaboration with Sewer Rats Productions. Thank you to the team and ensemble of The Red Drops for their trust, focus, courage, and graceful handling of a challenging piece of dramatic material.
Sophie Koester (Stage Manager) is a Connecticut native and SUNY Purchase graduate. Selected credits include Edmonton (Sewer Rats Productions), June is the First Fall (Yangtze Repertory Theatre), and JUMP (Astoria Performing Arts Center).
Jordan Barger is a translator currently attending the Literary Translation MFA at the University of Iowa. Translations can be found in The Brooklyn Rail, FENCE, Circumference, and The Poetry Review. Formerly residing in Philadelphia, Jordan was involved with the literary scene by way of editing The Shoutflower (2021 Free Library Publication of the Year) and working at Lot49 Books.